Treasures in a box 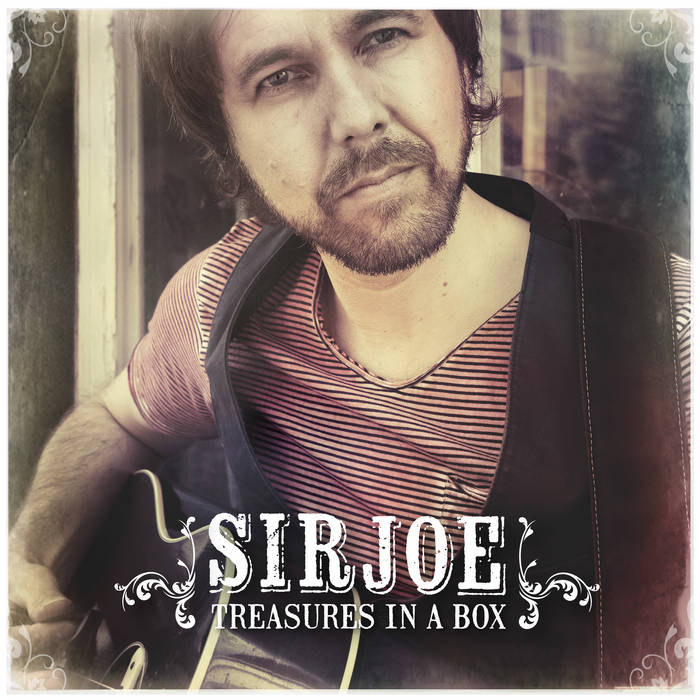 In 2012, Serge Christen released his first EP „Half the Story“ as SirJoe.
This name was given to him by friends at the Musician’s Institute in Los Angeles, CA because they couldn’t pronounce ‘’Serge“ or ‘’Sergio’’ the right way. From his actual name „Serge” came Sergio and eventually ended up as the Americanized version ‘’Sörtschou“.

Treasures in a box
What hasn’t been told in the EP ‘’Half the Story“ SirJoe completes now with the debut album, ‘’Treasures in a Box“. One should feel cozy with the modest overture of the songs that oscillate between soft pop appeal, impetuous kitchen folk, gospel, and light-footed Americana without ever deciding where they want to belong. However, the background story to ‘’Treasures in a Box“ is a sad one... With these songs, SirJoe processes the death of his Father and Sister-in-Law. He says, ‘’The guitar practically became a treasure box where I could elicit all those comforting tones and melodies.“

Instrumentally the acoustic guitar has the edge. The overall sound though is precisely expanded depending on the orientation of the song. In the single ‘’I Worry“, you get carried away by the supporting hook line of the mandolin that hopefully lets you forget, for a brief moment, that you are on your way to work. In this song, SirJoe talks about a very personal treasure that has been lost, but never the less stays in the heart. It’s about missed chances, admitting mistakes, love, forgiveness, and reconciliation. The songs from ‘’Treasures in a Box“ talk about such personal treasures.
The message is clear: It’s the little moments, the instances, the everyday treasures that make the difference.

Flashback
What sounds like a newcomer at first, after closer inspection, turns out to be a deception because this musician from Biel is already a veteran in the business. With the Swiss rock band ‘’Modern Day Heroes“, the guitarist, singer and songwriter played numerous concerts at home and abroad and has made himself a name with the advertisement song ‘’I Need a Revolution“ for Rivella.

‘’Artists like Jonny Cash, Bob Dylan, Nick Drake, Muddy Waters, Bruce Springsteen, Eels and many other impressive musicians inspire me,“ he says. His folk- singer/songwriter solo project leaves space for melodic sounds, but also earthy-bluesy roots that characterize his live concerts. As a solo artist, SirJoe enjoys the freedom to collaborate with many interesting musicians. So, on ‘’Half the Story“ there are artists like Jüre and Gerä from Züri-West, Rob from Trummer, and the musicians of the Chantmoiselle-Band represented. Therefore, it is not surprising that on the single ‘’Make it Shine“, released last year, a very special guest was featured. It was a duet with William White, one of the most renowned singer/songwriters in Switzerland. In addition to this uplifting summer song, a sunny music video was also created.

After the following single ‘’You’re the Reason“ and the charming funny video with it, last spring he released the single ‘’At the Prom“. In collaboration with the makers and creators of ‘’Cyclope“ he ventured into a musical excursion from the poetic and acrobatic dream world of the artist Jean Tinguely. The elaborately spectacular music video proved a successful start that was celebrated on Joiz TV.

This hodgepodge of singles, related videos, and many live shows in Switzerland, France and the United States reflects that SirJoe often likes to be inspired and stopped by things crossing his path. For him, there is no reason not to devote himself extensively to these things. His new album proves this isn’t all SirJoe has been doing the last two years. He has steadfastly formed his debut album, and how could it be otherwise, he worked together with musicians near and far to finish his story.

When SirJoe tells this story, it does not look as if ‘’Treasures in a Box“ will be the end. There is still too much to tell about the little moments, the instances, the everyday treasures that make the difference.

Bandcamp Daily  your guide to the world of Bandcamp